What are the different types of solar energy mounting systems for roofs? 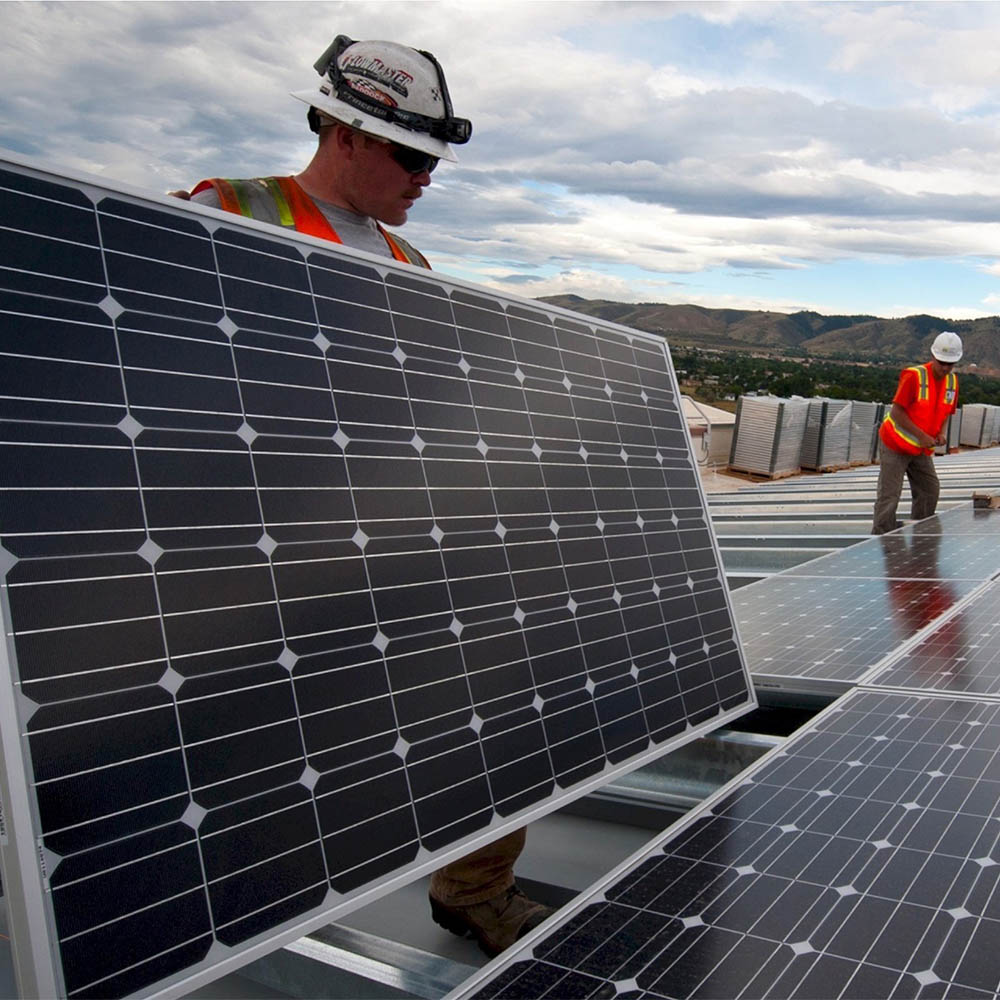 The biggest innovation in the field of solar energy includes the mounting system. Probably the most competitive solar mounting systems are an essential element of solar arrays – securing solar panels to the roof or floor. In this article, we’ve reviewed the key categories of roof-mounted solar systems to help new installers familiarize themselves with installation.

When it comes to residential solar power installations, solar panels are often found on pitched roofs. There are several mounting system options for these angled roofs, the most common being rail, rail, and common rail. All of these systems, whether attached to joists or directly to the floor, require some form of penetration or anchorage to the roof.

The standard housing system uses rails attached to the roof to support rows of solar panels. Usually positioned in a portrait/portrait style, each panel is attached to two rails with clamps. The rails are secured to the roof with some type of bolt or screw and flash is attached around/over the hole for a watertight seal.

Railless systems; the solar panels are attached to hardware attached to bolts/screws that go directly to the roof instead of being attached to the rails. The frame of the module is essentially considered a rail. Railless systems still require the same number of connections as a roof-rail system, but removing the rails reduces manufacturing and shipping costs, and having fewer components speeds up installation time. The panels are not limited to the direction of the rigid rails and can be positioned in any direction with the railless system.

Shared rail systems normally take two rows of solar panels attached to four rails and lift one rail, compressing the two rows of panels on a common mid-rail. Because one full-length (or more) rail is removed, fewer roof passages are needed in shared rail systems. Panels can be placed in any orientation and installation is quick once the correct positioning of the rails has been determined. These systems are essentially draped over the top of a roof and distribute the weight of the system on both sides of the roof.

Strain-based loading pulls the array almost up to the roof. Ballast (usually small concrete pavers) may be required to keep the system down and this extra weight is placed on top of the load-bearing walls. Installation can be much faster without penetration.

Commercial and industrial solar applications are often found on large flat roofs such as large-scale stores or manufacturing plants. These roofs may have a slight slope, but not as much as pitched residential roofs. Solar energy mounting systems for flat roofs are usually ballasted in several passes.

Flat roof solar energy mounting systems can be installed relatively easily and benefit from pre-assembly because they are placed on a large, flat surface. Most ballasted mounting systems for flat roofs use a “feet” as the base assembly – a basket or tray-like piece of hardware with a slanted design that sits on top of the roof, holding the ballast blocks at the bottom and the panels at the top, and the bottom edges. The panels are tilted at the best angle, usually between 5 and 15°, to capture the most sunlight. The amount of ballast needed depends on a roof’s load limit. When a roof can’t handle the extra weight, some transitions may be needed. The panels are attached to the mounting systems with clamps or clips.

On large flat roofs, the panels are best positioned facing south, but when this is not possible, solar power can still be produced in east-west configurations. Many flat roof mounting system manufacturers also have east-west or dual-slope systems. East-west systems are installed just like south-facing ballasted roof assemblies, except that the systems are rotated 90° and the panels are interlocked and the system is double tilted. More modules fit on a roof, as there is less space between rows.

How can we help you?